Have you noticed one or more pine trees in your yard losing its bark? If so, the problem could be attributed to a bark beetle infestation.

There are roughly 6,000 different species of bark beetles (subfamily Scolytinae). They live up their namesake by burrowing deep inside the inner bark of both living and dead trees where they eat and reproduce.

So, how do you know if bark beetles have infested your tree? One sign of infestation is the presence of pitch tubes. When a bark beetle attacks a tree, the tree responds by releasing pitch.

Of course, there are other ways to diagnose a bark beetle infestation, including looking at the leaves and/or needles.

For pine trees and other conifers, the presence of brown needles may indicate an infestation. The transition from a healthy green to a duller more yellowish color may also indicate a bark beetle infestation.

Unfortunately, treating a bark beetle-infested tree isn’t always easy, nor is there any guarantee of a positive outcome. If the bark beetles have burrowed their way deep inside the tree, you may have to cut it down.

Applying chemical pesticides to the tree will only kill the bark beetles on the outside of the tree, not the ones that have burrowed inside.

If you suspect bark beetles have infested one or more of your trees, contact a professional tree removal company as soon as possible to remove the tree. If left untreated, bark beetles will devour the current tree, at which point they’ll move on to other trees nearby. This leads to a viscous and destructive cycle that can kill an entire yard of trees.

Prevention is the best course of action when dealing with bark beetles. If bark beetles are a problem in your area, consider a chemical preventative application such as lindane. Lindane will protect pine trees for up to a year, at which point the chemical can simply be reapplied for another 12 months of protection. 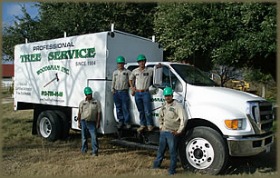